Probability is an interesting topic.  Really, it’s different from most mathematics our students learn.  It’s the only topic in K-8 mathematics that doesn’t follow patterns.  For example, we might know that flipping a coin 10 times should result in 5 heads and 5 tails, but in reality, it is quite likely that we will get some other result than this.

Because of this, I believe that we need to spend our time playing with tasks and making predictions, a lot, before we ever broach the concept of theoretical probability.  We need to have students play the same games several times, where they can change their predictions based on previous experiments, before we provide opportunities for our students to understand the theoretical.

When planning a problem in any topic it is always a good idea to consult Marian Small’s or Van de Walle’s “Big Ideas”.  Here are 2 big ideas we looked at as we constructed the problem below:

We explained to students that we had created a new game and wanted to test it out.  While each group would play the same game, the board for each game was slightly different.  We explained that it was their job to play the game and tell us which game board we should keep.

Rules for the Game

Each student is given a game board with 100 sections, however, each individual game consists of a different number of trials. 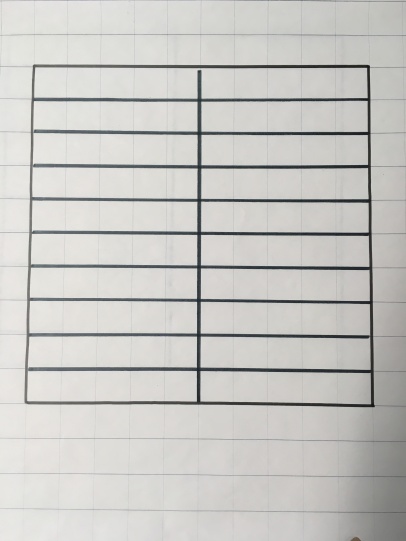 After playing several games using each game board here is what we found:

In the end, several students came to the conclusion that getting a Heads and a Tails must be more probable.  Here is what they came up with: 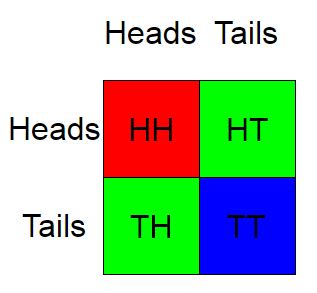 Some things to think about

If a Standard/Expectation tells us that our students need to understand that experimental probability approaches theoretical probability with more trials, we can’t just tell students this.  We need to set up situations where students are actually experimenting (including: making predictions, performing an experiment, adjusting predictions/making conjectures, re-testing the experiment…..).

As with anything in mathematics, our students need ample time and the right experiences to make sense of things before we rush to a summary of the learning.

I’d love to continue the conversation.  Write a response, or send me a message on Twitter ( @markchubb3 ).